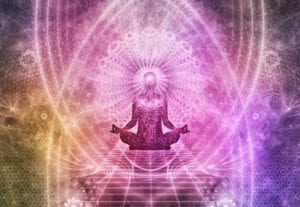 Most of us hold some kind of leadership position, whether we’re someone’s boss, parent, coach, political representative, or religious leader. But no matter what leadership role you play,  you must consider how your energy levels affect your leadership. The way your energy manifests itself not only impacts those who rely on your insight and guidance, but on your own longterm, sustainable success. The fact is, you can’t be an effective leader- or seen as a legitimate source of authority, knowledge, or guidance- if you aren’t mindful of your own energy levels. In this essay, I will be providing an overview of the 7 Levels of Energy and the potential ways they might manifest. I’ve also chosen three archetypes from throughout our history, which might help you assess not only your energy level but perhaps the level of someone else.

Level 1 energy is marked by a “victim complex.” A sense of helplessness, fear of the unknown, and feelings of guilt plague the person with Level 1 energy. They often suffer from low self-confidence and avoid even trying to achieve their dreams because they believe they have no control over their own destiny. Learned helplessness and a despairing outlook often prevents those with Level 1 energy from ever being promoted to a leadership role.On the other hand, Level 2 energy is where most people operate. It includes a self (us) v. other (them) mentality. Its leadership style is marked by a sense of competition, and tends to make gains through power plays. While Level 2 energy can be effective in achieving material success, it takes a spiritual toll. Level 2 leaders are often in conflict with everyone around them, including their loved ones, which ultimately limits their capacity for true abundance.

Level 3 energy can be an effective leadership style that utilizes the rational mind to creatively discover and implement the best practices for material and interpersonal success. Level 3 leaders are competitive, but see their success as reliant upon the productivity and motivation of others in their circle. They are great mediators and tend to value cooperation over conflict.Level 4 energy takes this spirit of cooperation one step further. It is marked by a heightened concern for the wellbeing of others, and see principles of fairness and equality as more important than personal gain. Leaders who fall under Level 4 energy are often driven by utopian ideals of peace and equality.

Level 5 energy is characterized by an enthusiastic acceptance of all that life has to offer. Leaders who operate under this energy level often embrace life’s obstacles as opportunities for spiritual growth. They aren’t prone to an us v. them mentality, and those who serve alongside them find their optimistic, peaceful outlook to be deeply inspiring.

Level 6 energy belongs to those leaders whose level of insight encompasses not just their individual self or their immediate circle, but the entire whole of existence. Their creative vision is informed by the positive energy of everything they encounter, and more. For them, every day is part of an unfolding success story that goes beyond anything material.

At Level 7, one acts with a complete lack of fear. Nothing is considered impossible for those influential leaders who have tapped into Level 7 energy. They not only see themselves as participating in their own destiny, but are also prime movers of the destinies of others. They are truly a self-made force of nature.

Now that I’ve described some of the different ways that energy manifests itself in leadership, I’d like to talk about three important figures in human history who embody some of these energy levels.

Kissinger, as the former Secretary of State for both Presidents Nixon and Ford, consistently operated in Level 2 energy. He was a political leader whose policies were driven by what he considered the reality of world conflict. Kissinger worked within the conventional rules of war and peace, using hardline political strategy and coercion to protect the interests of his allies. His dedication to winning the game of international politics has made him simultaneously lauded for his achievements in the “real world,” and criticized for not having a higher vision for humanity. Like other leaders with Level 2 energy, he and his inner circle found success in the material conditions of the world, but his long-term positive impact remains ambiguous.

Driven by compassion, Mother Theresa has Level 4 energy. She gave up a life of material comfort to be in service to the poor. She attracted global attention and admiration for her charity and her idealism, and indeed was so influential that her small congregation grew to include thousands of nuns and volunteers in over 100 countries. Her simple life’s duty to serve others became a call to action for people everywhere to follow suit. In the years after her death, she was criticized for not expanding her vision of compassion to include an end to human suffering. Nevertheless, she maintains her legacy as a true believer in her faith and her life’s goals.

The military commander and political leader during the French Revolution, Napoleon oscillated between Level 2 and Level 6 energy throughout his campaigns. He was clearly conflict-driven, using military violence to stave off any threats to his power. Historians would look back on his achievements with a sense of ambiguity- was the political revolution worth all the bloodshed?However, Napoleon’s vision for an entirely new global society was all-encompassing. While he was both loved and hated during his lifetime, his sheer genius and- most importantly- his ability to enact his destiny- made him one of the most astonishing figures in human history.

How you utilize your energy to influence and lead others is dependent on how conscious you are of these levels of energy. You must ask yourself, “Where does my energy level currently reside?”Remember that catabolic energy levels 1 & 2 can be limiting. You may have your material needs fulfilled for the time being, but over time such energy will fail to provide the abundance your heart truly desires. By being consciously aware of your energy levels, and by changing it when necessary, you can find long-term, sustainable success.

Reach out to me, AmyD the Peak Performance Expert and Trainer, if you want to learn how you can alter your energy- so that you can be the most effective, focused and driven leader you can be. Sign up for an Energy Assessment today!