How To Alter Reality To Benefit YOU 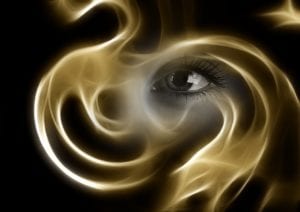 “Whatever you can dream, you can do.” You’ve heard this statement before, but did you know it that it’s an actual fact about the universe? Each of us has the power to alter reality through our thoughts.

History’s brightest geniuses, from Steve Jobs to Henry Ford to Martin Luther King Jr., have changed the course of our world in dramatic ways. They were able to do this  because they understood that there are two kinds of reality: perceived reality and objective reality.

A good example of this is the concept of money. If you stop and think about it, money only exists in our perceptions. While it does take on a physical characteristic- like paper or a plastic credit card- it only does so because human beings have given it that quality. The concept of money, as an equal exchange for something else, is born entirely out of our human imagination.

At the same time, our lives are deeply impacted by issues surrounding money. We spend most of our day trying to accumulate money, so we can either save it in case of a life-altering event, or spend it on the things that matter to us in the moment. Because most humans have accepted money as a real, useful thing, it has becomes an essential part of our objective reality.

Biocentric Theory and the Power of Positive Thinking

There is no limit to how perceived reality impacts objective reality. Quantum physics and biocentric theories of the universe have proven that our perceived reality is the key to unlocking our full potential. Negative perceptions are the only thing that keeps us from ultimate success.

How do you use this new understanding of human potential to make changes in your personal life and your career?

In a recent video, I talk about the power of words to alter reality. It isn’t just what you say that will materialize into an abundant objective reality, but also what you think and what you envision. Take this example:

Negative Perception of Reality: “I don’t have any money.” “I can’t afford that.”

To say you don’t have any money is another way of saying you can’t afford to invest in yourself. It is a negative perception of reality that will prevent you from achieving your highest potential. Instead of reiterating what is lacking, make positive statements about your situation that reflects what you want, what will happen. More importantly, by saying you don’t have the money, you are settling for a limited understanding of your own resources. You are discounting all of the immeasurable resources the universe has already given you that can’t be reflected in your bank account.

Positive Perception of Reality: “I’m working toward having that amount of money in my bank account.” “I will have more money.” “I already have the money. I need to re-assess my financial priorities.” “I have other resources besides money.”

By saying you are working toward a goal, you are acknowledging that it will happen. By acknowledging that you could reassess your financial priorities, you are thinking about money and its symbolic value in a new way. The resources you thought you didn’t have, were always available to you. A new objective reality has been created simply by reframing your beliefs.

Negative Perception of Reality: “I don’t have enough time.” ”

Positive Perception of Reality: “I have all the time in the world.” “I’m re-prioritizing how I spend my time.”

The saying “time is money” is true, in that the concept of time is as malleable as the concept of money. If you waste your energy thinking negatively about the time you don’t have, you will never take the reasonable steps to re-assess how you ought to spend your time. Engagement with those negative thought patterns is literally a time-waster.

These are just two ways that you can alter your perceived reality, and make dramatic changes in your objective reality. If you’d like more assistance in creating a new reality for yourself, based on Biocentric Theory, contact me about my Bioenergetic Sessions.

The only thing keeping your from achieving your every desire and more is the limitation of your own thoughts. Contact me, AmyD, today to break free of these limits, and achieve your highest potential.